It turns out to be not at all that easy to make sure a certain temperature is reached *inside the tray*, especially as it is covered with foil. I measured 190-ish temperatures with the "Salter" thermometer (using its ~1-inch long probe) near the top heaters of the oven, but the analog one next to the tray only ever got to about 160 °C.

I imagined that the max temperatures inside the tray may be even lower than 160 °C, but anyway that should do for the moment, I thought.

Cleaned up the card, assembled the cooling and installed it on the test PC.

For only two hours...

Ran PassMark 3D tests a few times, and at the 3rd or 4th run I already got the black screen.

It might be curious to mention that I had upped the fan RPMs quite a bit, and temps were only around 40 °C at that time. Pretty low temps for a GPU to die, heh?

Anyway, I thought, I just baked the card at too low a temperature. I bought myself yet another thermometer and did the

This new thermometer also had an inch-long probe, but because of being all-metal I could just stick it on the tray and right into the oven.

First I tried a dry run together with the round one from the last baking. New thermometer stuck like on the picture, old thermometer sitting inside under the foil. After some time in a ~200 °C oven, the temperature inside the tray turned to actually be about 10 °C higher than measured on the probe thermometer sticking out of the foil! Looks that after some time, the temps inside actually catch up.

So I put the Sapphire HD4870 inside the tray (together with two unlucky Galaxy Edge N915fy boards). Crank the thermostat to a bit more than 200 °C and watch that thermometer closely.

All in all, I think I baked the cards about 20 minutes after the thermostat reached the target. The (stuck) thermometer showed values up to 210 °C, which might have meant temps of 220 °C or even more.

After that I opened the oven and let it cool as usual, them brought it out to lose the awful smell.

Brush the paint off, clean up some of the soldering flux (did I mention how bad the stuff stinks?), put on the cooling and test it.

Nope. Cooler spins, radiators heat up, but no picture this time.

Seems that, for the first time, I baked a card too hard :))

Whatever, that was fun.

As I am thinking of it, I suspect the card having been baked a few times before I got my hands on it. The stickers on the PCB weren't exactly mint.


Stay tuned to learn about some laptops that actually worked after baking. 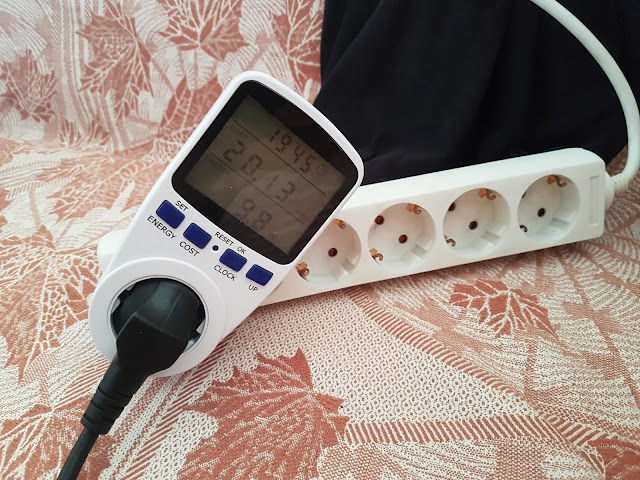 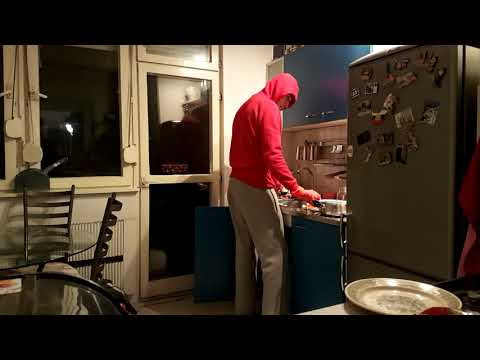 "Sitting on Top of the World" with cats

Prepare to stuff your ears with cheese. Bat Yanko, Oscar and Franco are about to the sing the blues. 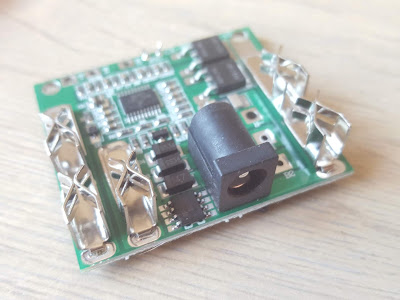 Ever wished yourself a power bank for your (non USB-C) laptop? I did lately, though I can't complain with the 7200 MAh battery of my Fujitsu Lifebook s792. First I looked up some power bank cases like this , as well as some DIY charge balancing boards. These look like a pretty nice option for use with 18650 cells (of which I have way too many...). One not-bad-looking balancing PCB I still haven't tried... So I ordered myself a few DIY carge balancing boards. However I could not just sit still waiting that to arrive from China. Why not just connect the 5 cells in series unprotected? Reading some opinions of (supposedly) competent people, it looks that the most important part of setting up a multi-cell battery is to pick balanced cells. That is, choose cells that have identical charge-discharge behavior. Just think of what a balancing board does - it cuts charging when a cell reaches top voltage, and it cuts output when a cell drops to termination voltage. That is